“Shattered Families: The Perilous Intersection of Immigration Enforcement and the Child Welfare System,” a 2011 report by the Applied Research Center (now Race Forward)

“Immigration enforcement greatly increases the chances that families will never see each other again. Detaining and deporting parents shatter families and endanger children left behind. It’s unacceptable, un-American, and a clear sign that we need to revisit our immigration policies.” — Rinku Sen, Race Forward 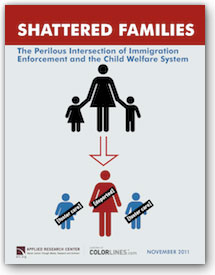 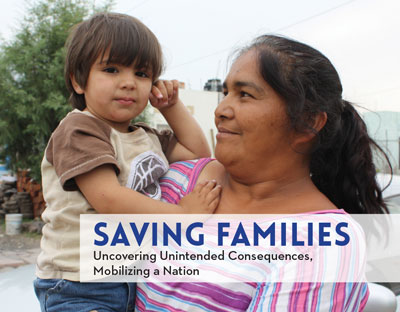 After Colorlines’ mobilization of the public, Felipe finally won his case and brought his children home.

Stay Up To Date Via Colorlines Reporting

What Can We Do?

For more solutions, read the full report here and take a look at our Informational Webinar.

THE APPLIED RESEARCH CENTER IS NOW:

We are really excited about our new name and look! Stay tuned through Spring 2014 as we re-organize our website to make the content even more accessible.