More than 50 years after the passage of Title VII of the Civil Rights Act of 1964, racial discrimination in workplaces is commonplace, and threatens to worsen given the racist rhetoric espoused during the president-elect's campaign and the corresponding behavior it sanctions. The anti-government regulation approach to the economy typical of the current congressional leadership and their disdain for so-called "political correctness" are also likely to signal increased challenges to fairness for workers. 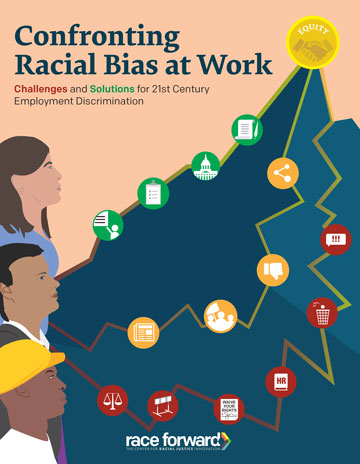 The report argues that we must not only reinforce the largely reactive anti-discrimination structure established by law so that it reaches more workers and protects them more effectively, we must also promote proactive systemic solutions to increase the pressures, incentives, and mandates for racially equitable outcomes in employment.

Confronting Racial Bias at Work is presented in four parts:

Race and the Economy